Pneumococcal infections are defined as invasive or non-invasive according to which area of the body is affected. Invasive pneumococcal disease (IPD) is caused by infection of normally sterile sites, for example, blood and cerebrospinal fluid (CSF).

IPD is a major cause of morbidity and mortality, especially amongst:

Non-invasive forms of the infection commonly cause:

As with most infectious respiratory diseases, the numbers of cases of pneumococcal infection peak during winter. Up to 50% of people can carry pneumococci in their nose and throat without developing serious infection.

Streptococcus pneumoniae (S. pneumoniae) is the bacterium responsible for causing pneumococcal infection and is characterised by its outer coat, known as capsular polysaccharide. Different capsular types can be distinguished via a process known as serotyping. There are about 90 different types of pneumococci, about a quarter of which cause serious illness.

Forty-two cases of IPD were reported in the first quarter of 2021, which is considerably lower than the number of cases reported in the previous four years, which ranged from 149 to 223, as shown in Figure 1. Since early in 2020, there have been a lower number of IPD cases than in the previous four years. This is likely due to the impact of social distancing measures and other restrictions put in place in response to the COVID-19 pandemic over that period. 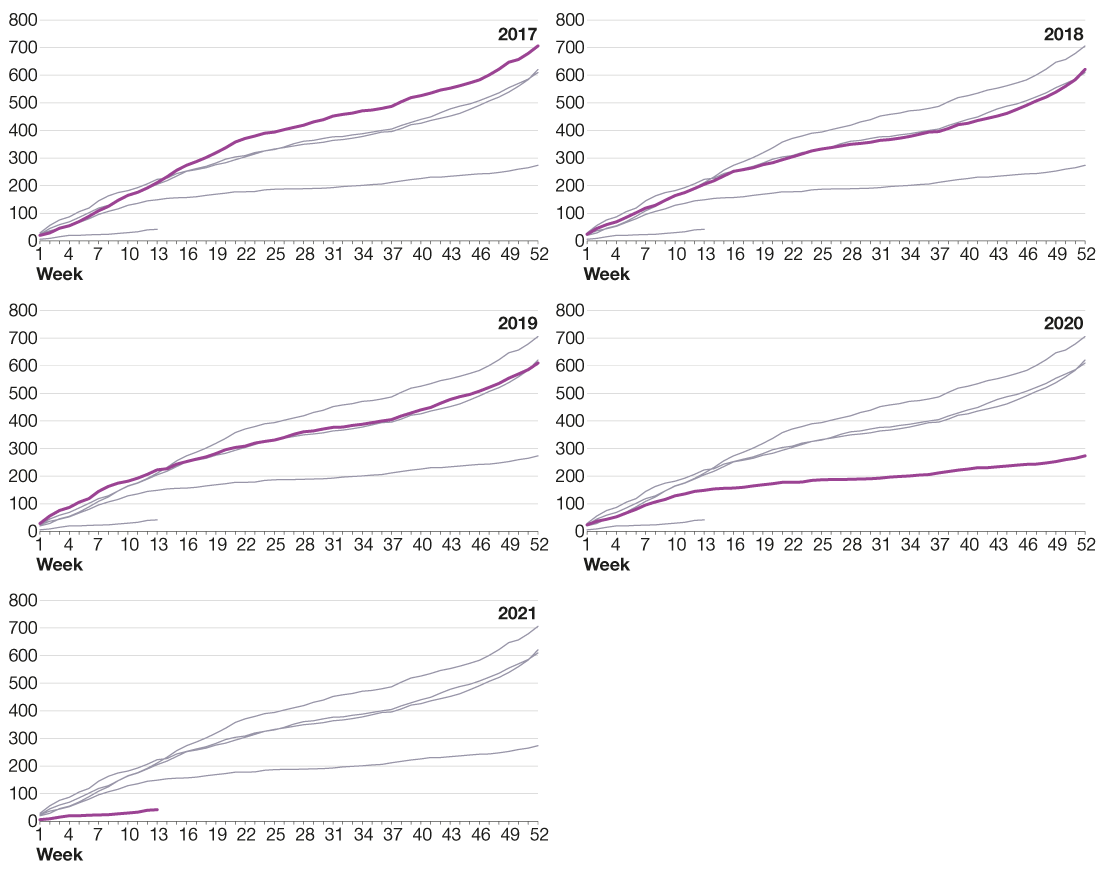 Figure 2 includes data on cases reported in 2021, and indicates that IPD continues to occur more frequently in older age groups: 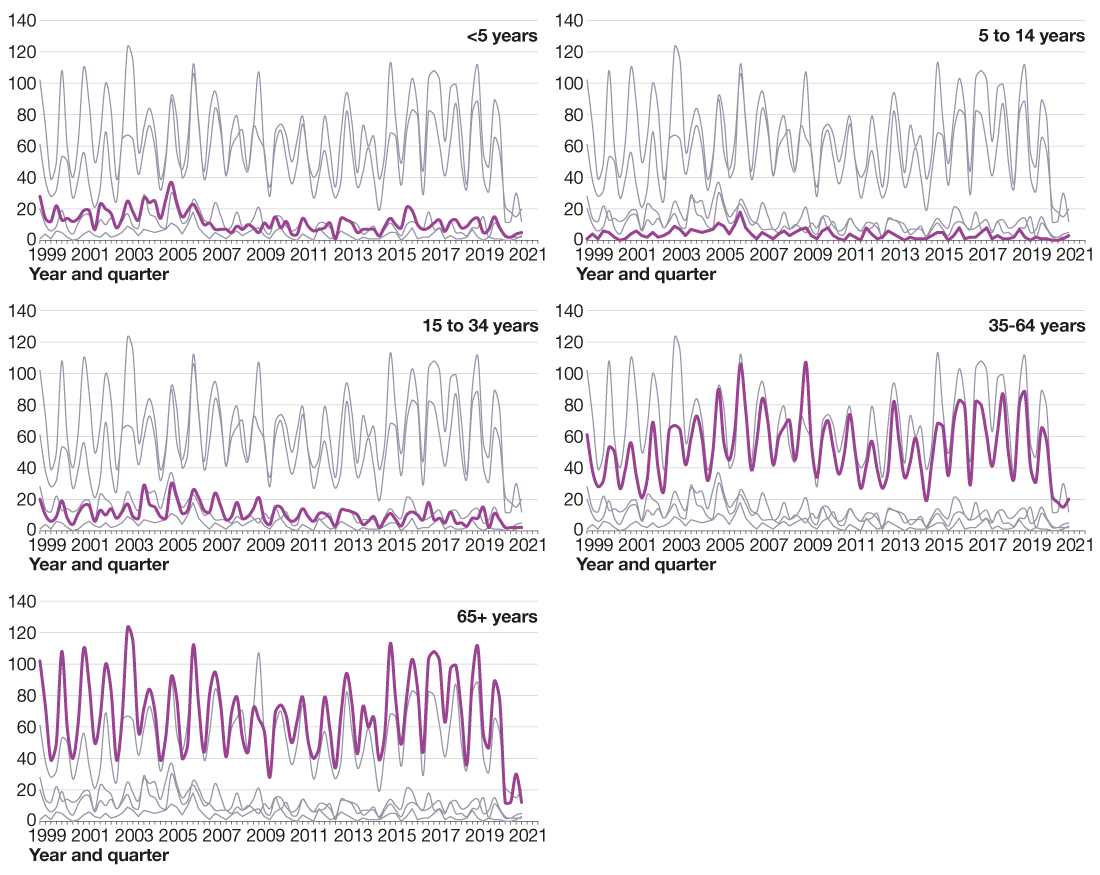 Of the 42 IPD cases reported in the first quarter of 2021, five were in children under five years of age and eligible for PCV13 vaccination. This is lower than the number of cases reported in this age group for the same period in the previous four years, which ranged from eight to 14. Serotypes detected in children aged under five years in the first quarter of 2021 are shown in Table 1.

Septicaemia and pneumonia were the most common clinical presentations in children aged under five years old.

Of the five cases in children aged under five years old:

All IPD isolates and specimens should be sent to the reference laboratory for further typing and antimicrobial sensitivities. Typing results were available for 31 of the 42 (73.8%) cases reported in the first quarter of 2021.

The most common serotypes reported were:

A total of four cases (9.5%) were caused by serotypes included in PCV13 vaccine, none of whom were aged under five years.

In September 2006, the pneumococcal conjugate vaccine PCV7 was introduced into the routine childhood immunisation schedule. In spring 2010, PCV7 was replaced with PCV13 to provide broader protection against more serotypes of S. pneumoniae. PCV13 was initially offered as three doses; primary doses at eight and 16 weeks of age, followed by a booster at 12 to 13 months. From April 2020, the PCV13 schedule changed to a primary dose at 12 weeks followed by a booster dose at between 12 and 13 months. PCV13 offers protection against the following 13 serotypes of S. pneumoniae:

To coincide with the introduction of PCV7, enhanced surveillance was established for children under five years of age.