Group A Streptococcus (GAS)  – also known as Streptococcus pyogenes  – are bacteria which can colonise the throat, skin and anogenital tract. It causes a diverse range of skin, soft tissue and respiratory tract infections. Go to NHS Inform for more information about these infections, including:

In rare cases, patients may go on to develop post-streptococcal complications, such as:

GAS can occasionally cause infections that are extremely severe. Invasive GAS (iGAS) is an infection where the bacteria are isolated from a normally sterile body site, such as the blood. Any GAS manifestation can be associated with development of streptococcal toxic shock syndrome (STSS), although patients with necrotising fasciitis are at highest risk.

It can also be transmitted environmentally, through contact with contaminated objects, such as towels or bedding or ingestion of food inoculated by a carrier.

GAS is usually diagnosed by microbiological culture of the affected site.

Since January 2010, scarlet fever is no longer a notifiable disease in Scotland. Laboratory confirmed reports of GAS from upper respiratory samples are used as a proxy for scarlet fever.

iGAS are also reported to our organisation through an enhanced questionnaire and isolates are sent to reference laboratory for further emm typing.

Further guidance on GAS infections can be found on the Public Health England (PHE) website.

Information on laboratory positive reports of GAS infections are routinely submitted to the Electronic Communication of Surveillance in Scotland (ECOSS). GAS infection generally have a seasonal pattern of illness with peaks seen during the winter and spring months. 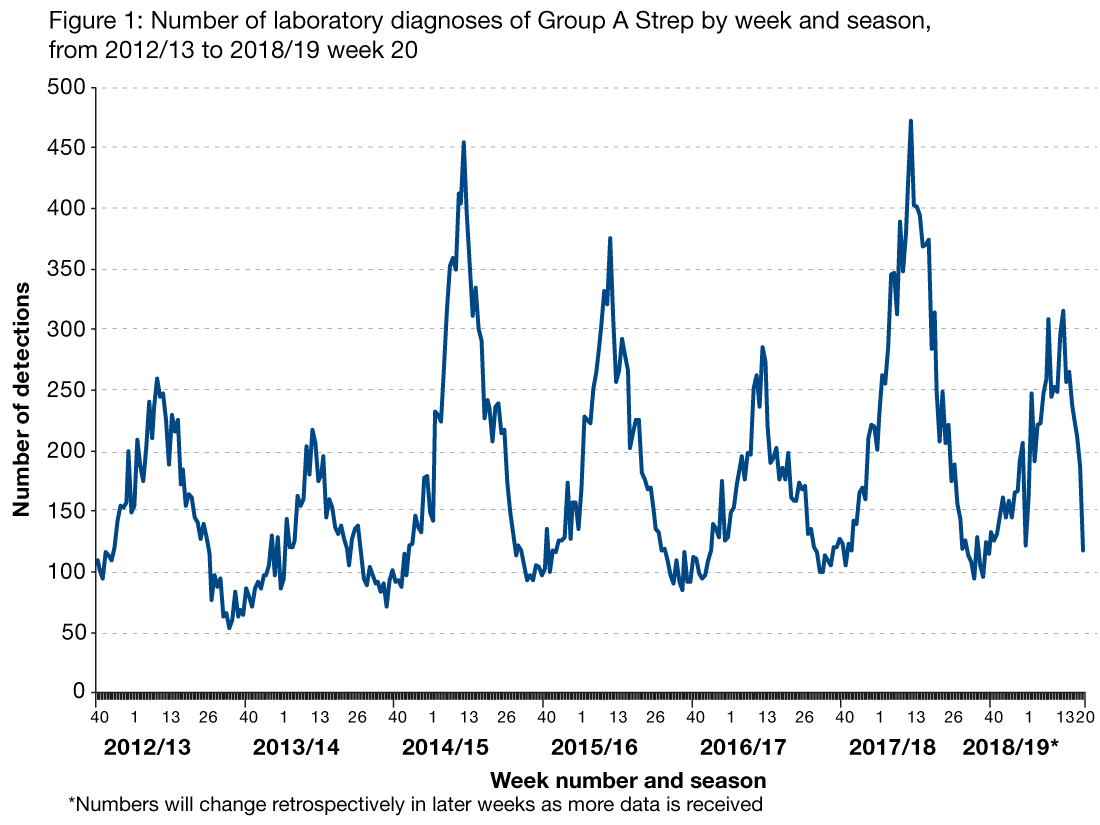 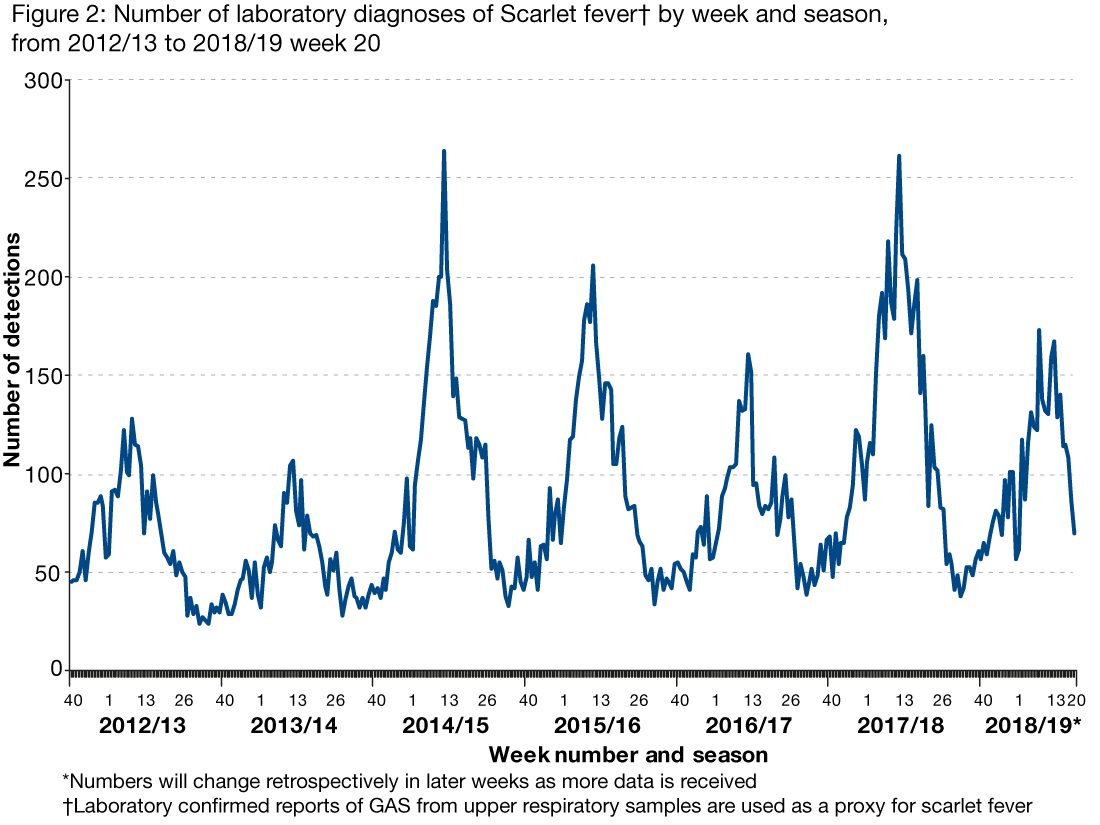 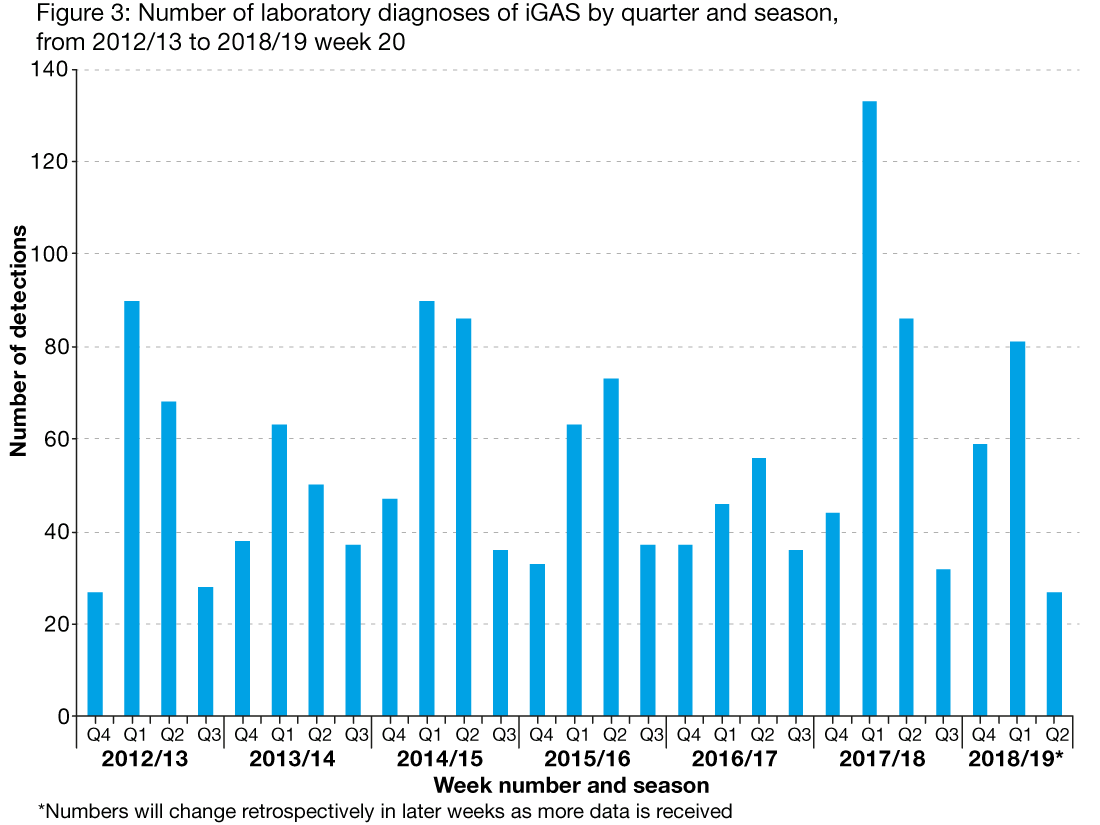