Group B Streptococcus (GBS) – also known as Streptococcus agalactiae – are bacteria which are normal flora of the human gut. They can also colonise the male and female genital tract.  GBS can cause serious disease in neonates and young infants. There are two types of GBS disease in infants:

GBS infection can also cause a range of diseases in adults. GBS is usually diagnosed by microbiological culture of the affected site.

GBS is spread from mother to child during childbirth if the mother’s genital tract is colonised by the bacteria.

Further guidance on GBS infections can be found on the Royal College of Obstetricians and Gynaecologists website.

As seen in Figure 1, the incidence of both early-onset and late-onset GBS has steadily increased since 2013. 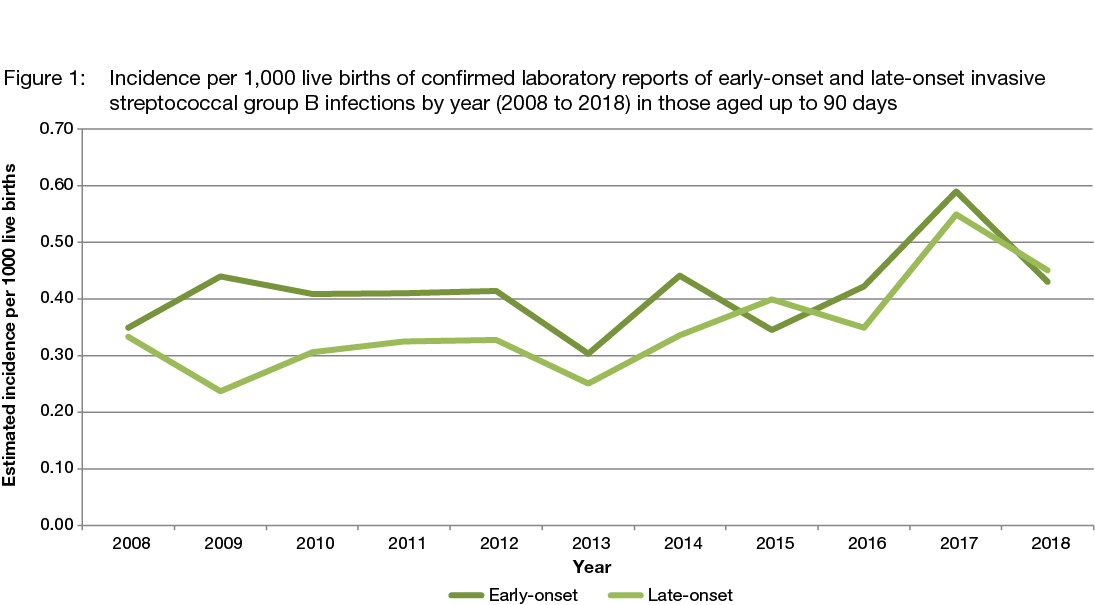